Frances has had a close relationship with theatre since her childhood. At the age of 16, she wrote, directed and produced a musical adaptation of a German children‘s book classic at her high school. She was a member of the Youth Theater Club at Staatstheater Mainz, and in 2009 co-wrote and directed “Der Trist Muss!”, a tragic comedy. The performances featured, among others, several of her teachers. Since the day after their last performance, Frances has been calling Bremen her home. Between 2010 and 2016, she acted in more than 10 productions with the Parlement of Foules, Bremen University’s English-speaking theatre group, and took up additional duties as an assistant director, voice, music and acting coach as well as choreographer from 2013 onwards. Frances has taken part in several acting workshops at Shakespeare‘s Globe Theatre in London and completed an acting course focussing on Shakespeare at London drama school LAMDA in 2014. Her activity in Bremen includes improvisation theatre courses with alsomirschmeckts e.V. and a production based on an adaptation of Sophokles‘ „Elektra“, written and realised with Tobias Turowski in 2015. In 2016, Frances took acting lessons with Linnea George-Kupfer of Bremen English Theatre (BET) as well as Sabine Falkenberg and Friedhelm Ptok in Berlin. Frances directed MTT’s first production Gallathea and has given several workshops on Elizabethan language, Acting, Improvisation and various Shakespeare-related topics. Other recent work includes voice acting for Radio Bremen and Projektbüro Friedrich von Borries (Berlin). With MTT, Frances intends to prove that relevance, content and entertainment are not mutually exclusive on stage and that the Elizabethans created very modern, up-to-date theatre for everyone. 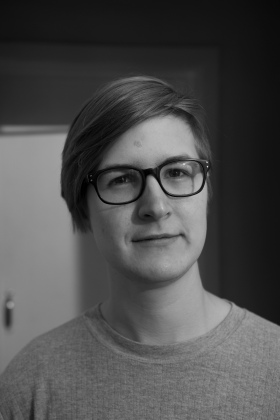 Aenne grew up in Oldenburg and was bitten by the stage bug early in her life. At age 16, she founded her first theatre group, named Kreativer Murks ( „Creative Botch“). Ever since, she has been gaining experience in the fields of directing theatre pedagogy. After several cooperations, among others with her school‘s theatre group and the Staatstheater Oldenburg, Aenne studied at Universität Bremen and acted with the Parlement of Foules, Uni Bremen‘s English-speaking theatre group. She left the university to be trained as a photographer and completed her training in 2015. Soon after, she had established herself as a stage photographer and producer for the fringe theatre company The Other Room in Cardiff, the British National Student Drama Festival and other insitutions. In 2017, Aenne graduated in Arts Management from the prestigious Royal Welsh College for Music and Drama and is now working for artsdepot in London. She contributes to the team her valuable experience from productions such as Blink and A Sunny Disposition and will lend her practical experience as well as her theoretical knowledge to MTT. 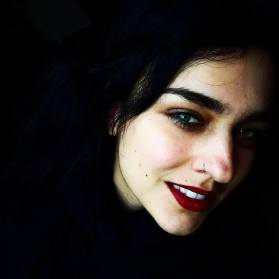 oja da Silva   studied acting, English-Speaking Cultures, Philosophy, Screenwriting and Contemporary Theatre in Hamburg, Bremen and Coleraine (Northern Ireland). Besides acting in several German- and English-speaking productions, she directed  No Exit with Alsomirschmeckts!-Theater and designed lighting and stage concepts for German- and English-speaking theatre productions (Uni Bremen’s Parlement of Foules with The Popular Mechanicals, The Skin of our Teeth; Theatrale Bretter eV.‘s Elektra, Out of Joint with steptext dance project in cooperation with Vuyani Dance Theatre Company from South Africa). Julia has been working with MTT since 2016 as a director and lighting designer.

Helena has always loved the stage – be it reciting a poem in the living room by the Christmas tree at age five; co-writing, acting and co-directing her very first play in 6th grade; or just enjoying a production and admiring the actors’ hard work as an audience member. During her first year of studies at Bremen University (2012/13) she joined the English-Speaking Theater Group The Parlement of Foules, starting with supporting roles, working her way up to play Polonius in the 2014 production of Hamlet, to assistant director of The Tempest in 2015/16.
She spent 2014/15 studying at Dickinson College in Carlisle, PA, USA, where she took “Introduction to Acting” and “Text and Movement” with renowned Dr. Karen Lordi-Kirkham, current Executive Artistic Director of the Pendragon Theatre in Saranacake, N.Y., as well as “Introduction to Directing” and “Modern Dance”. In addition, she participated in two main stage productions at Dickinson.
In her Bachelor thesis, Helena investigated the concept of Drama Pedagogy as an alternative teaching method in the EFL classroom. Ever since, she is convinced that we need more drama and theatre in educational contexts, particularly in foreign language education.